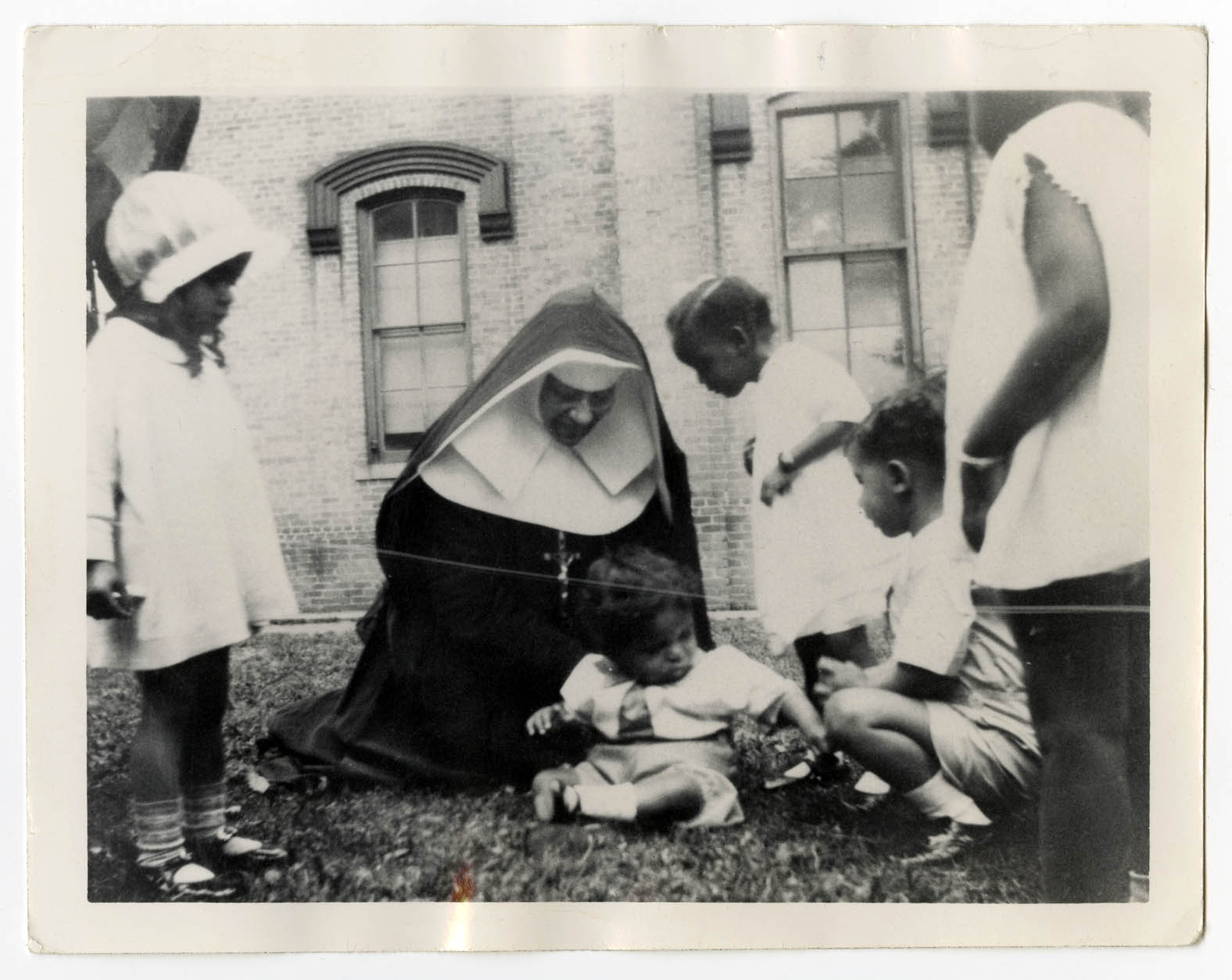 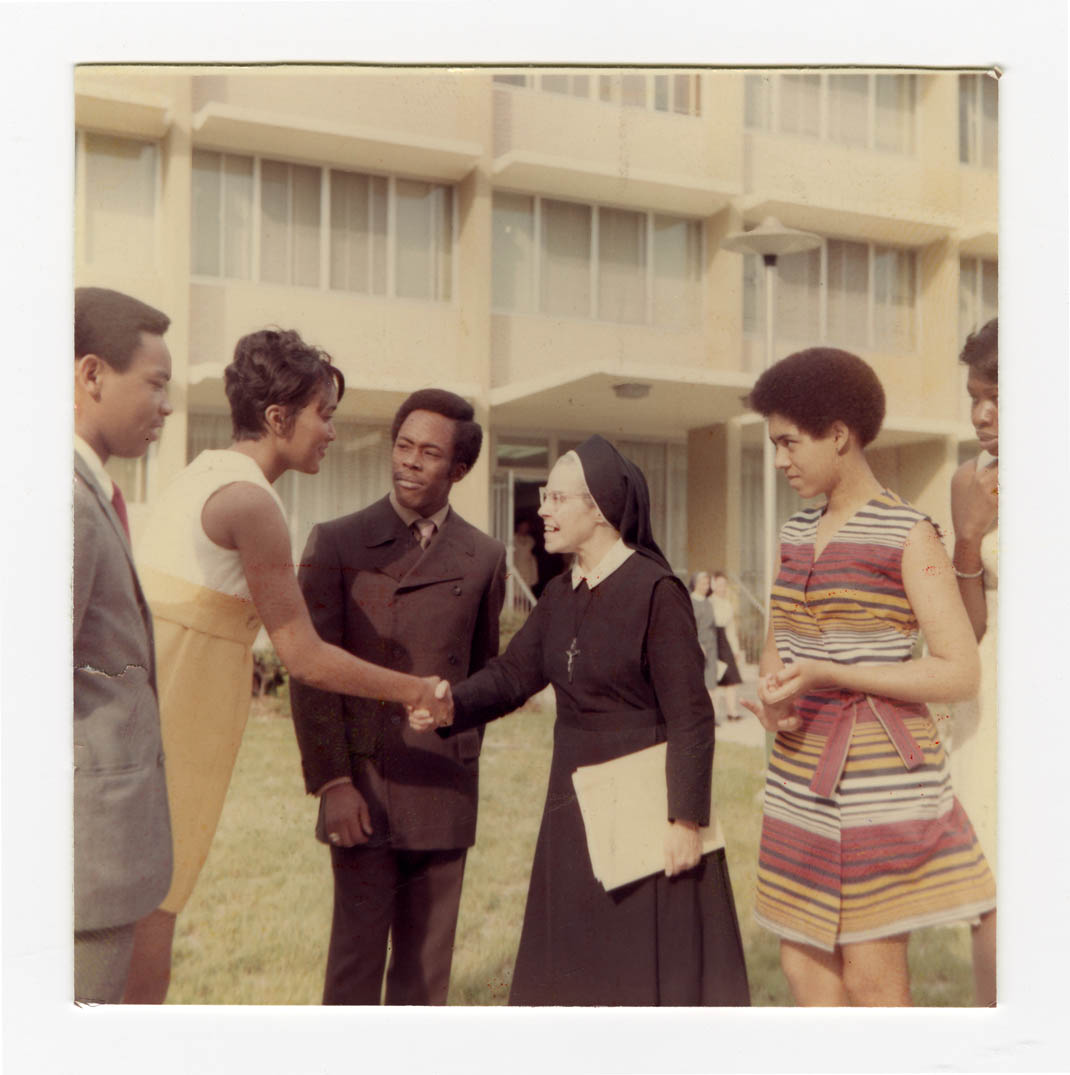 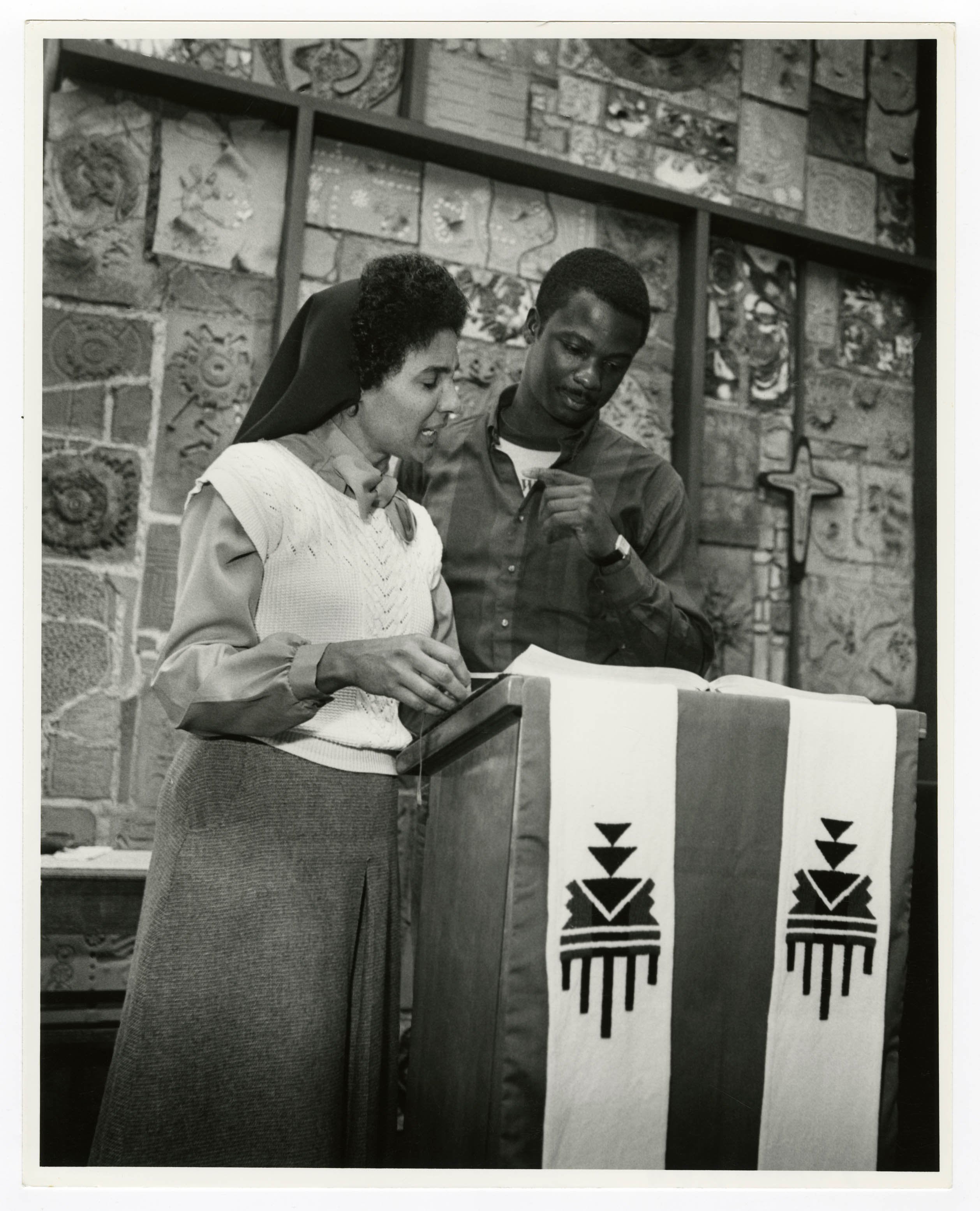 History of the Sisters of the Blessed Sacrament at Xavier University

The Third Plenary Council of Baltimore (1884), which at the time was the meeting of all Roman Catholic bishops in the United States, renewed the vigor for missionary work among the "Colored and Indian races". Archbishop James O'Connor of Omaha, acting alongside Katharine Drexel, decided, with the approval of Archbishop P. J. Ryan of Philadelphia, to form a new congregation on behalf of Native Americans and African Americans.

On February 12, 1891, Drexel professed her first vows as a religious, dedicating herself to work among the American Indians and African-Americans in the western and southwestern United States. She took the name Mother Katharine, and, joined by thirteen other women, soon established a religious congregation, the Sisters of the Blessed Sacrament. Mother Frances Cabrini had advised Drexel about the "politics" of getting her new Order’s Rule approved by the Vatican bureaucracy in Rome. A few months later, Philadelphia Archbishop Ryan blessed the cornerstone of the new motherhouse under construction in Bensalem, Pennsylvania. In the first of many incidents that indicated Drexel's convictions for social justice were not shared by all, a stick of dynamite was discovered near the site.

Requests for help and advice reached Mother Katharine from various parts of the United States. After three and a half years of training, she and her first band of nuns opened a boarding school, St. Catherine's Indian School, in Santa Fe, New Mexico. In 1897, Mother Drexel asked the friars of St. John the Baptist Province of the Order of Friars Minor (Franciscans) in Cincinnati, Ohio, to staff a mission among the Navajos in Arizona and New Mexico on a 160-acre tract of land she had purchased two years earlier. Mother Katharine Drexel stretched the Cincinnati friars apostolically since most of them previously had worked in predominantly German-American parishes. A few years later, she also helped finance the work of the friars among the Pueblo Native Americans in New Mexico. In 1910, Drexel financed the printing of 500 copies of A Navaho-English Catechism of Christian Doctrine for the Use of Navaho Children, written by Fathers Anselm, Juvenal, Berard and Leopold Osterman. About a hundred friars from St. John the Baptist Province started Our Lady of Guadalupe Province in 1985. Headquartered in Albuquerque, New Mexico, they continue to work on the Navajo reservation with the Sisters of the Blessed Sacrament. In all, Drexel established 145 missions, 50 schools for African Americans, and 12 schools for Native Americans.

Located in New Orleans, Xavier University of Louisiana was established in 1925 when Saint Katharine Drexel and the Sisters of the Blessed Sacrament founded the coeducational secondary school from which it evolved. Drexel, supported by the interest of a substantial inheritance from her father, banker-financier Francis Drexel, founded and staffed many institutions throughout the United States in an effort to help educate Native Americans and African Americans.

Aware of the serious lack of Catholic-oriented education available to young Blacks in the South, Katharine Drexel (now Saint Katharine Drexel) came to New Orleans and established a high school on the site previously occupied by Southern University. The high school was in operation until 2013 as Xavier University Preparatory School, also known as Xavier Prep. Today, St. Katharine Drexel Preparatory School operates from the same location on Magazine Street in New Orleans. Recognizing the university's need for a separate identity and room to expand, St. Katharine bought a tract of undeveloped land for a campus on the corner of Palmetto and Pine Streets in 1929. Construction of the U-shaped, Gothic Revival Xavier University Main Building, Convent and Library (now a national landmark) were completed between 1932 and 1937. 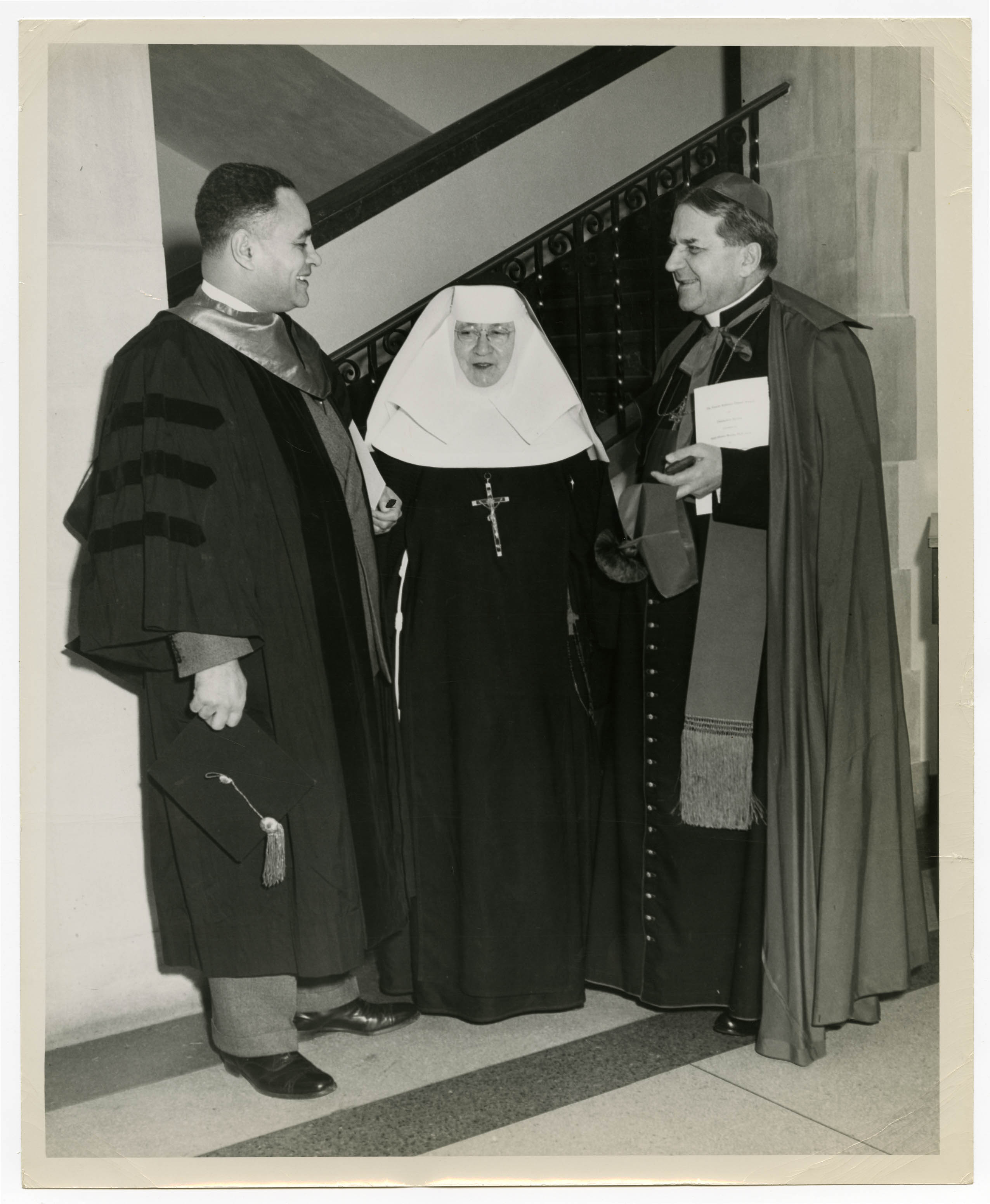 Faculty for the Philosophy and Theology Departments at Xavier University 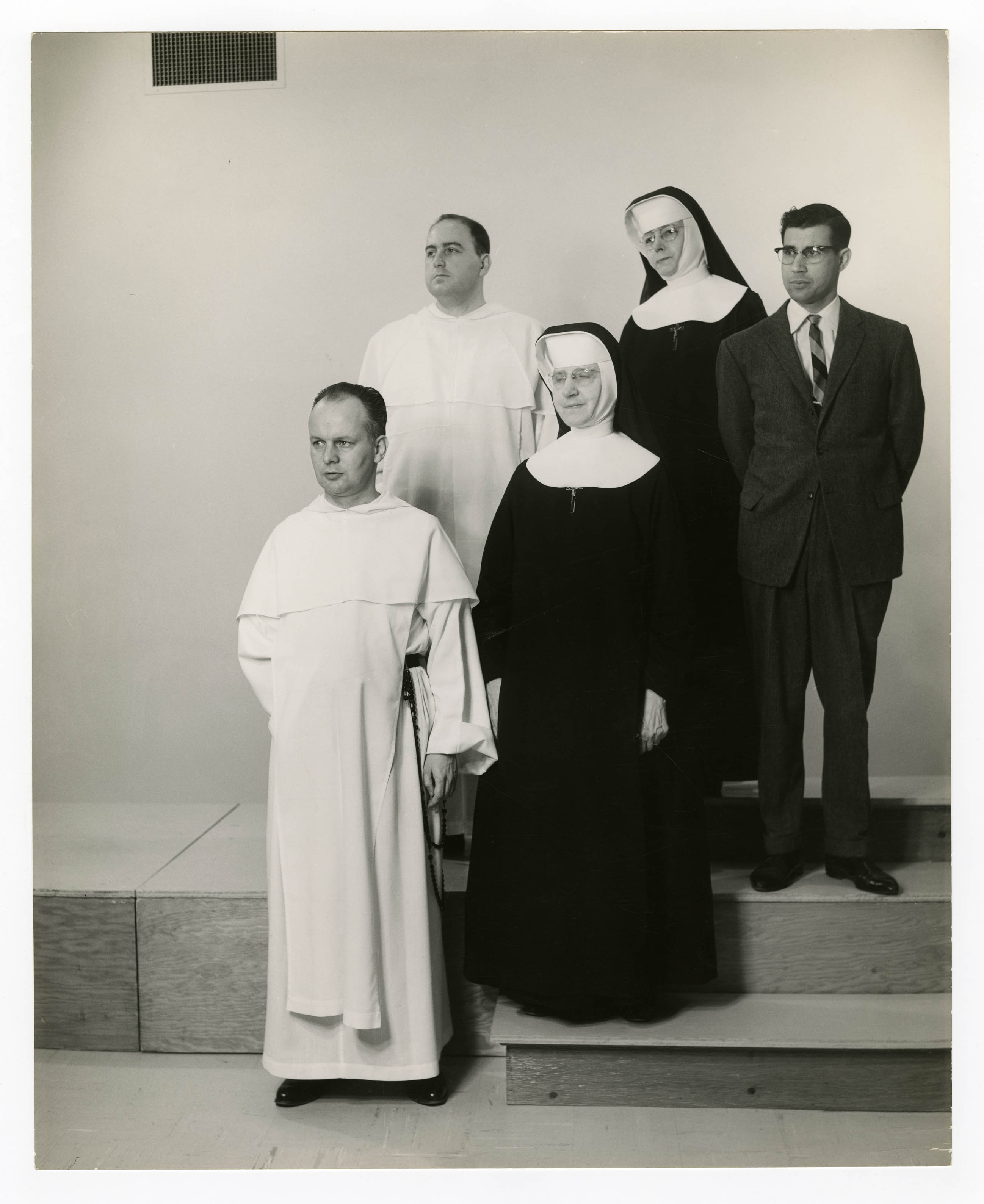